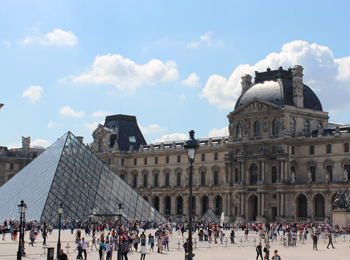 The Louvre is one of the world's largest museums and a historic monument located in Paris, France. It was original built as a fortress in the late 12th century. The museum opened on August 10, 1793 with over 500 paintings. It grew exponentially over the next two centuries. Its most famous art pieces include Leonardo da Vinci's Mona Lisa, Eugene Delacroix's Liberty Leading the People, and marble statue Venus de Milo. 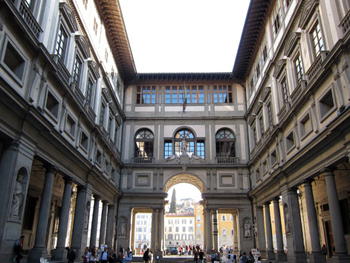 The Uffizi Gallery is one of the oldest and most famous art museums of the Western world. Located in Florence, Italy, it houses famous art collections, such as the statue of David, Raphael's Madonna of the Goldfinch, and Leonardo da Vinci's The Annunciation. 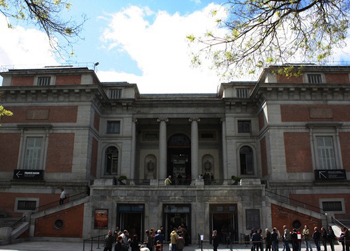 The Museo del Prado is the main Spanish national art museum, located in central Madrid. It was originally designed on the orders of Charles III in 1785 by architect Juan de Villaneuva to house the Cabinet of Natural History. It features one of the world's finest collections of European art, from the 12th century to the early 19th century. Its most best-known work on display is Velzquez's Las Meninas. 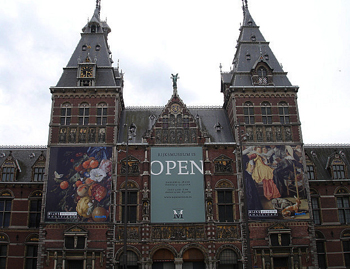 The Rijksmuseum is located in Amsterdam, Netherlands. It originally opened in 1800 as the National Art Gallery. It has a huge collection of Dutch art and history. Its famous masterworks include Rembrandt's "Night watch" and paintings from Vermeer and Frans Hals. 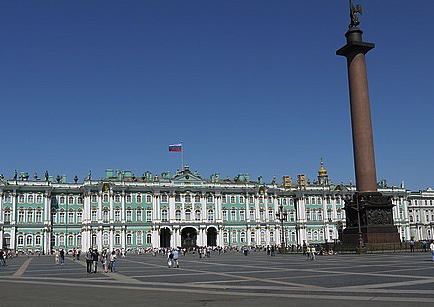 The State Hermitage is one of the largest and oldest museums in the world. It is located in Saint Petersburg, Russia. It was founded in 1764 by Russian Empress Catherine the Great. Its collection has grown to more than three million works of art and artefacts of the world culture. 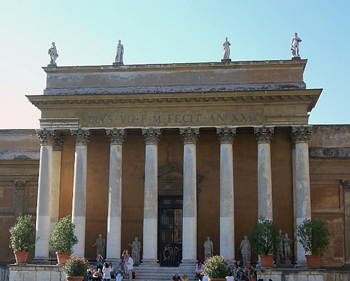 The Vatican Museums are located within Vatican City's boundaries. Spanning nearly nine miles, they display works from the huge collection built up by the Roman Catholic Church throughout the centuries. Some of the masterworks include those painted by Leonardo da Vinci and Raphael. 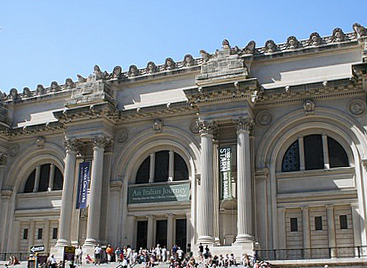 The Metropolitan Museum of Art, also known as the Met, is located in New York City. It is the largest art museum in the United States, and one of the ten largest in the world. Its permanent collection contains more than two million works, divided among seventeen curatorial departments. Its collections range from classical antiquity and Ancient Egypt to paintings and scultpures from European masters to American modern art. 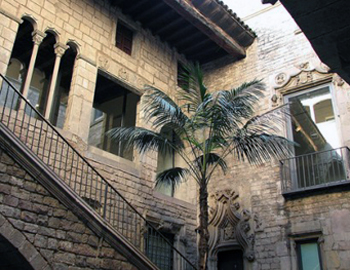 The Museu Picasso is located in Barcelona, Spain. It houses one of the most extensive collections of artworks by the 20th-century Spanish artist Pablo Picasso. 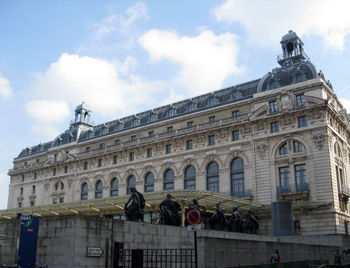 The Musee d'Orsay is a museum in Paris, France. It was originally a railway station. In 1981, Italian architect, Gae Aulenti, was chosen to re-design the station into a museum. It officially opened in December 1986. The museum holds mainly French art dating from 1848 to 1915, including paintings, sculptures, furniture, and photography. 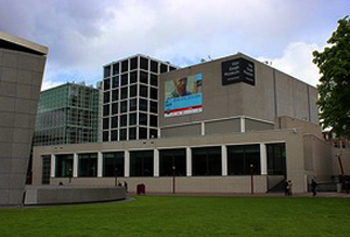 The Van Gogh Museum is an art museum located in Amsterdam in the Netherlands. It contains the largest collection of paintings by Dutch post-Impressionist painter, Vincent van Gogh, in the world. 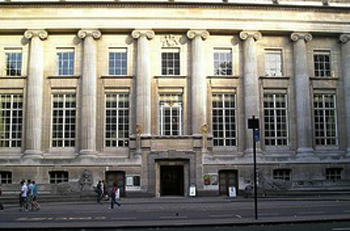 The British Museum was founded in 1753 in London. It was the first national public museum in the world, and has been opened to the public since January 15, 1759. It houses a vast collection of world art and artefacts. Best of all, it's free. 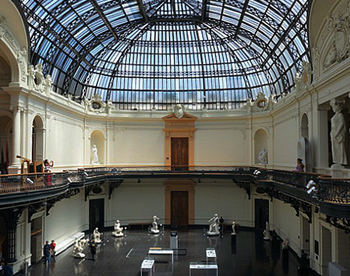 The National Museum of Fine Arts (MNBA) is one of Argentina's oldest museums. Aside from paintings by European painters, it also houses a huge collection of Argentine artworks. Some of the more famous pieces include The Pig Trough by Fernando Fader and Portrait of Santiago Calzadilla by Prilidiano Pueyrredon.